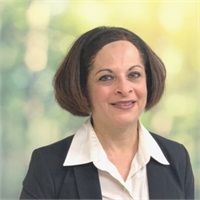 Since joining Wellstone in 2019, Janet has played a crucial role in managing the team’s client service, communications, marketing and office administration. She is also responsible for ensuring the smooth implementation of client financial requests.

Janet has been in the financial services industry for the past 25 years. She brings to Wellstone more than a decade of private wealth management experience working with U.S. Bank as Private Wealth Management Associate and Columbia Bank (formerly West Coast Bank) as a Personal Trust Relationship Associate. Previously, she also served as Senior Escrow Associate at First American Title for 13 years.

In addition to her role at Wellstone, Janet is a Notary Public for the State of Oregon.

Janet earned her Bachelor of Science in Speech Communications from Portland State University.